I wanted to add a couple quick notes to the post about the children, education and whatnot.  And since I didn’t take any pictures of the kids (or people in general, sorry) here are some mostly irrelevant but hopefully pleasant other ones, a wall of the main house, harsh and gently, and the walk up to the old (abandoned and growing ruined) farmhouse. 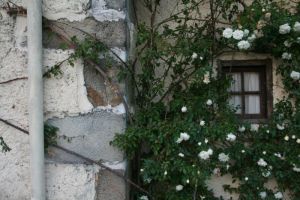 The quick/trivial one is the importance of music in the community, which is extremely high.  Seemingly everyone plays at least one instrument, and usually well.  The kids who grow up there play at least 2, usually more.  At least once I saw a group of around a dozen youngsters with various styles of guitar, a couple flutes, and cautiously a drum or two, practicing on a grassy hillside.

Of course, I heard no “outside” music while there, so this musical expression is almost entirely a religious skill, and the paramount importance of not promoting oneself leads me to believe there is not a lot of diversion from the norm.

Let’s see.  Oh, and they believe that an important way to prevent children from becoming selfish and spoiled is to have a lot of them.  If your parents’ attention is split between your half dozen siblings, they are not going to spoil you.  This seems redundant in a communal living situation, but that was what one of my liaisons conveyed to me.  I think.  And that parents who do NOT have a lot of children are selfish, and not sufficiently committed to their progeny.  Harumph on that one! 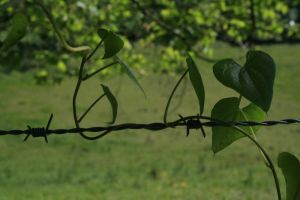 But the item that really stood out to me though was body image.  Unfortunately, with everyone being healthy, and not getting to really talk to too many of the kids, or in any depth, I can’t say for sure, but it seemed to me that these kids have a massive advantage in that department.

When I think about raising children, I find myself far more apprehensive at the prospect of having a girl.  And not just because she’d have to put up with the last name “Tendick” (although that thought has occurred to me a time or two).  The world we live in is unbelievably hard on girls.  No offense to my male companeros, but it seems to me it is much harder to be a girl.

Specifically, the expectations and messages regarding body images are sufficient to drive me insane, and they are not remotely targeted at me.  Adolescence is mind-bendingly hard enough as it is, then we heap mountains of photoshopped images of celebrities whose primary career is staying skinny anyway to produce an unattainable notion of femininity.  Barbie.  Disney heroines.  Come on!  And I am sure I don’t even have a tenth of an idea of it all.

In the community, they don’t have these images.  The Bible does not describe Eve’s waistline, breast size, or complexion (though maybe it should on that last one…but the ethnic veracity of religious imagery is another topic).

Again, everyone on the farm works, eats very healthy food, and dresses in baggy, conservative clothing, but I would bet that the comparative rates of eating disorders on 12 Tribe properties is ground-scrapingly low.

But then again, maybe I am just being intentionally optimistic as usual.  Anyway, I wanted to mention that. 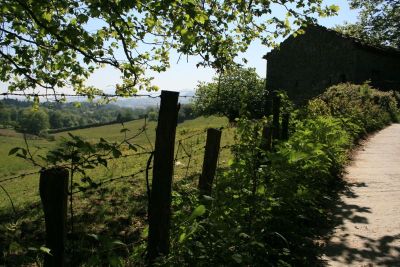