Why would you, personally, go to a Caribbean Island? Got your answer? I’ll go out on a limb and guess it involves a swimsuit, sunscreen, and a beach chair. Anything else? (I put some other guesses in a wordsearch, but can’t figure out how to get wordpress to show it, score 1 for blogger. Unexpected.) 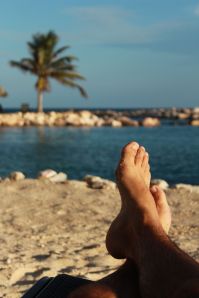 Beachy things like these make me want to buy the world a pina colada and offer to rub sunscreen on its back, and we have happily spent the vast majority of our time here within a stone’s throw of the water.

But there is more to the island than its shores. I’ll skip the tourism speech, but it would include words like music, art, and history. We tried that last one the other day.

The origins of the name Curacao are disputed, but the leading theory is that it comes from the Portuguese word for being healed. Sailors crossing the Atlantic would arrive in these parts sick with any number of ailments, including that beloved pirate stand-by: scurvy.

Ships would stop off here to recover, where there was some water, food, and less chance of catching an arrow through the scurvy gizzard. In early Portuguese maps the island is labelled “Ilha de curacao“, basically “The Island of Healing.”

But sailors weren’t the only ones who were sick when they arrived here. This island was also a major hub in the slave trade, with the Dutch West Indies Company bringing about 500,000 humans through here by the time the last slaveship landed in 1788, and slaves arrived in worse condition than the sailors ever did. They were often kept in camps for months before being sold, and one of those camps was in Den Dunki National Park.

We filled every water bottle we have, got our cameras, and grabbed the key to the sauna-wagon. We parked across the street in front of a house whose 4 guard dogs were driving themselves into conniptions, and walked over to find that the park was…modest. More than modest.

There was nothing there.

The slave trade was abolished here in 1863, though less than 7,000 people were left to be emancipated. After that Den Dunki was converted to a “recreational swan park” for the island’s elite, but whatever that meant, there’s no sign of it now. 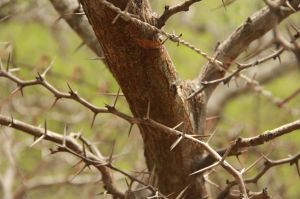 We found thorns, cacti, and barbed wire. Lizards rustled in the dry leaves next to a meager path which led us to some used toilet paper, plastic cups, and a rusting microwave. Beyond that the park backed up onto a suburban street without even a sign. It was basically an empty lot like you’ve seen behind the convenience store or next to the freeway, just hotter.

But somehow all those millions of dry thorns, hard ground, pouring sweat pouring, and lack of basic human sanitation were perfect, no? We could get just a hint of a possibility of a potential shade of a reflection of a memory of seeing a picture of a vague recollection of what it would have been like to be brought across the sea to sit and suffer in a dead place like that. 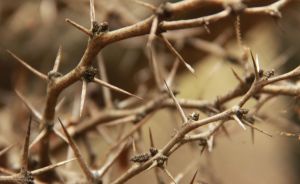 We tried our best to feel the vibes, but mostly I could just feel the drips rolling down my spine, and my tongue beginning to feel larger in my mouth. So we came home, driving through the streets were descendants live in rough neighborhoods.

While driving I tried to conceive of an alternate human history untainted by inhuman cruelty. If the conquistadors had brought gifts, cultural exchange, and respect? Business partnerships based in mutual gain and growth? Cooperation?

Maybe it’s excessively dreamy, or just the dehydration setting in, but we went to see a place where humans committed evil acts, and then spent some time imagining a better path. At the end of the day, both are worthwhile.

← What year is it and why am I so greasy?
Our secret language is almost back. →