Several hives worth of buzzing words follow me around every day, but they are unruly little things, and refuse to fly out my fingertips when I ask them to. Instead, a few of them had taken to buzzing around inside my eyeballs, making my computer screen seem underwater. The cure? Trees. Mountain. Air. Cold water. Friends. Absence of screens.

I threw those keywords into a bowl, added two spoonfuls of serendipity and a quarter cup of flexible schedule, baked it with a few days’ notice and when the timer dinged I stepped out of a rented hybrid in Tahoe. Magic.

We spent two days up by the lake that I will always think of as the liquid heart of the Sierra Nevada. It was three parts eating, two parts walking, and one part Romancing the Stone on a TV that was perfectly tiny, just the way I wanted. 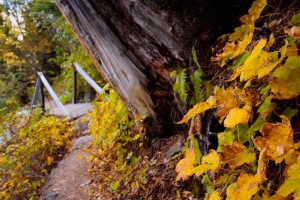 Danny DeVito, man. Nice. I miss that guy. “Someone’s gonna get killed, and you’re farting around with prehistoric animals!”

East Coasters sometimes hold seasonal leaf variation as a talking point against the West Coast, but wouldya look at that, yellow. Lots and lots of yellow, looking to the eyes the way the daytime sunlight felt to the skin.

The nights were chilly enough to make me grin with gritted teeth as the celestial gods of Tahoe reminded me of just how many stars there really are. Wow. 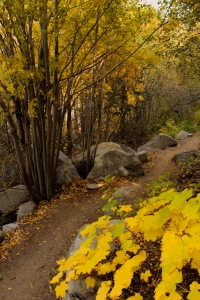 And just in case I hadn’t realized this was perfect timing, how about a shooting star to say hello? Why yes, yes I will. Graag.

Fierce winds the first night put military formations of whitecaps storming the beach, and the morning showed a corpse-ridden battlefield; the poor crawdads never had a chance.

We mourned them over a breakfast of huevos rancheros, some sort of scramble designed by the gods of eggs, and banana pancakes larger than most plates. A nice pot of English breakfast tea, and in a few hours a chai latte for lunch, cuz ain’t no more food gonna fit until dinner. I’m sure the crawdads rested more peacefully after that, and no, I don’t have to make sense when I’m eating that well.

Jump in the frigid lake, because that’s what you do, and stop off on the way out at Emerald Bay, where kids cuted, water lapped, and languages varied; Russian, German, Mandarin, and lots of French. 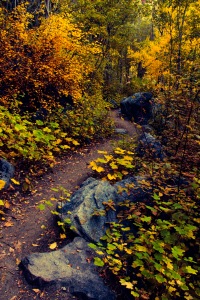 Gotta try a filter now and then, no?

Luckily there was some American in there too, or I would have grown depressed at our ingratitude.

Tahoe is an easy place to spend a couple days, grow some friendships, and never consider checking off the To-Visit List. There’s always more.

3 thoughts on “Two days in Tahoe”