Flags…confound me. To the soldier (so we’re told) they are salvation, home, the reason to put their life at risk. To politicians they are backdrops for photo ops. To fans they’re a way of identifying your tribe (good run this year, US World Cup Team). 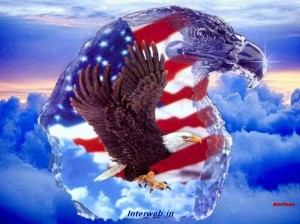 To my moderate surprise, I can’t find any pictures I’ve taken with American flags, so here’s some Amurikan epicness off l’web.

But they’re also the war banners of intolerance, selfishness, and a flagrant lack of compassion. Sometimes. Not all that often, but sometimes. I met a fellow who told me that the US, Israel, and brutal dictatorships are the only places you see a lot of flags, an observation that has held true in my experience as well, and numerous heads in hostels nodded in agreement that when they see people waving their country’s flag, it makes them nervous, suspicious of the waver.

For some reason I didn’t want to follow women around taking pictures of their booties, which beat this flaca’s, but you get the general idea.

In Cuba, the US flag is currently in fashion: red and white stripes with a starry blue patch wrap over curvy Cuban culos on stretch pants that make Lululemon look like burkas.

That was certainly an eye-grabbing example, but the iconic motif shows up on shirts, belts, and backpacks all over the world. Why? I’m not going to try to explain what America means to people (but I guarantee any popularity we enjoy has nothing to do with past presidents or policies, despite how many places overseas are named after Kennedy). But I’ll tell you when I feel patriotic.

When I look out the window of a bus rumbling down some cracked highway overseas, or step down into a squawking market, or walk through a dusty town, and see, down there in the corner of a plywood sign, my country’s flag as a sponsor for a library, school, or medical clinic. That’s when I feel like saluting. It may be less than 1% of the annual US budget, but the $36 billion that we give to foreign aid can do a lot of good. (Statistics from the YouGov survey I filled out yesterday.)

USAID spent $300 million on this power plant in Afghanistan, whose diesel fuel is so expensive to truck in, the power it produces is unaffordable.

Of course, there are plenty of problems with US foreign aid. In particular, USAID has been (in my opinion) corrupted/tarnished by “national security” influences and our misguided attempts at nation-building. (USAID has long been affiliated with the CIA and espionage activities, see: The Office of Public Safety.) This has not only wasted massive amounts of money in futile projects, but has exposed workers to violence, and the country as a whole to suspicion and distrust. It is my hope that going forward, we can return US foreign aid to helping alleviate poverty and suffering, without any relation to/with the Department of Defense.

Call me a cynic, but I’d say the Department of Defense has no soul; that’s not what it was created for. Similarly, and tragically, our politicians seem to have misplaced theirs as well, so where is the heart of America? Same as in any country, the heart is the people.

The American People? Reality TV, styrofoam coolers, and 32 ounce sodas? No, we’re much more than that. Here’s how the most recent report from The World Giving Index begins:

In 2012, proportionally more Americans gave in some way than in any other country. The United States has therefore risen again to first place in the rankings, a position it has traded with Australia since the World Giving Index was first published in 2010. The key reason for this rise is that a higher proportion of Americans helped a stranger than any other country in the world in 2012.”

Now that is something I can stand up and salute. Happy 4th of July, America.

Addition: I forgot to include in here an important point about patriotism. For me, an essential element of caring about one’s country is the ability to critique it in an informed and reasonable way, and hold it accountable to high standards. To do otherwise, to always give your country a free pass just because of your citizenship, strikes me as unpatriotic, if not outright treasonous. So when I say that I don’t agree with everything USAID (or any other part of the American apparatus) does, it’s because I want my country to be the best possible country it can be.

3 thoughts on “I’ll salute that”