The good, bad, and ugly of what I’ve learned in 500 posts 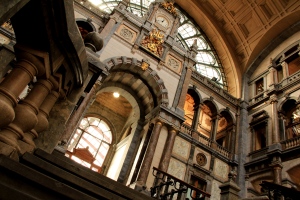 I ended up spending more time in Europe than anticipated…

“In June of 2008 it suddenly bothered me that most of my food was better traveled than I was. So I bought a one-way ticket to Europe.” That’s how I started my first blog, five years ago. Since then I’ve put a lot of words on here, in a number of places, across a slew of subjects. Sometimes it feels like I’m continuously looking backward two days to find out where my life’s path is taking me, often reflected in these vagabond posts, of which there are now 500.

My goodness. I have blogged a ream.

It seems logical to mark the milestone with an entry into the fine tradition of “How to Blog” posts, but for two things:

So instead I’m going to offer a little “The Good, the Bad, and The Ugly” post of what I’ve learned, and what I wish I could go back five years and warn myself about. And since this is my very own little digital kingdom, I’m going to do it in reverse order. So, to 2010 me, or any other beginning blogger:

The Ugly: some of your posts are going to suck. Sometimes you’ll know it, and sometimes it will surprise you, just how poorly received your words will be. My recent query as to the implications of an ancient preoccupation with certain aspects of the female body stands out in my mind. I found the conversation interesting, and was curious what readers might have to say about it. But one of the things I’ve learned about blogging is that few people are willing to read more than a pagelength post. This burns my soul and dictates my text. So I cut out the intricacies of the question, and in so doing, misrepresented the opinions of both myself and my partner and occluded the entire point of the post. L was less than enthusiastic about it, and my mother sat me down on a bench a week later and asked how she had managed to create a 30-something year old man with an adolescent preoccupation with boobs.

I just thought it was an interesting question

“Please, no more posts about breasts!” she entreated. I do so hope this doesn’t count as another. And I also hope that in the future, I don’t create the exact opposite message of the one I intended to convey. Because doing so is just plain Ugly.

The Bad. Your posts have a lifespan of about three hours. All the newcomers you’re going to get will arrive within the first 30 seconds, as you top the “Recently posted” sandpile, followed by the devout and precious souls who actually read the blogs they Follow. In the case of an Ugly post, this is a blessing, but when you’ve spent time writing something, wanting people to read it, and it expires before you finish your burrito… That’s Bad.

The Good. The people who will read. You’ll be aware of some of them, others will surprise you down the line, and some will be entirely hidden, but a precious few, you’ll get to know a little bit. This community of other writers, readers, travelers, photographers, cooks, poets, and marvelous humans is the best part about blogging. Maybe it’s different for more popular bloggers, but whenever I see a name from my modest cadre of regulars in a “____ liked your post” email, it always makes me smile. I appreciate the one-timers too, but knowing that someone has been interested enough to come back again is a nice little e-friendship. I have yet to actually meet any of these people in the real world, which would be great, but just knowing they’re out there is…Good.

← Loving you for who you are, on FeelGood Friday
Equanimity on the equinox, Cuba behind and ahead →