“Sure, Myanmar’s great now, but you should have seen it five years ago!” Budapest ten years ago. Prague twenty years ago. Kathmandu in the 60’s, man, that’s where it was at! 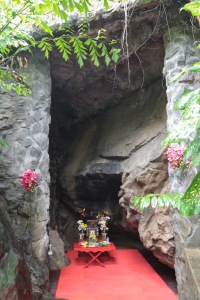 8 Lady Cave. They say it used to be better.

You hear this sort of thing a lot in the travel world. Mostly fond affection and glowing nostalgia, but a handful of pessimism thrown in as rank spice (my least favorite of the Spice Girls). The idea persists that everything is gradually getting worse, paved over, trampled and bleached by an overexposure of crowds, marketing, and facebook blahblah.

I get it. I really do. But I don’t believe it. If the primary goal of travel is to widen your perspective and encounter variations of life beyond your domestic norm, then that is eternally available. And the purely physical, singularly esthetic? Is that all going down the drain? McDonald’s in the Vatican, spray paint in Yosemite, and garbage everywhere else?

Yes. I mean no! Sorry, pessimism is sneaky. But the world has new beauty to show us. That’s why I rented a motorbike in Vietnam.

Phong Nha Ke-Bang National Park was added to the UNESCO list in 2003, with more of its remarkable caves found since then, particularly Thiên Ðường (Paradise) Cave in 2005 and Son Doong Cave not well-known outside the area until 2009.

I puttered on down to Eight Lady Cave first (can you blame me?) and while respecting the history and sanctity of a place where people died, as a cave it was underwhelming. More of a shallow grotto, now.

But I was happy as an albatross on my two-wheeled partner, so buzzed and swooped over to Paradise Cave. The guy at the hotel estimated I’d need an hour or so in there. 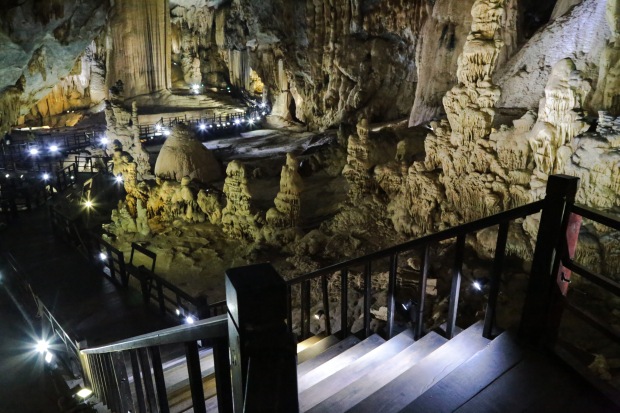 I don’t wear a watch when I’m not working, but I doubt I was out in under three. A raised boardwalk extends a full kilometer into the cave, modest by Phong Nha standards, but it may have been the slowest, most awe-filled kilometer of my life.

So beautiful. Such an earth church. Walking in the body of the great mother, feeling hippy whether I liked it or not. Still and sacred, undisturbable, equanimity no matter how many jabbering tourists shook the walkway. Some checked their email in there, and still I felt love for all beings.

My eyes readjusted when I birthed myself out of that cave, and found it raining. A benedictory blessing of Earth by Sky, Water falling through leafy Life to land on Soil and me.

Sure, Prague was different 20 years ago, probably better. But Phong Nha wasn’t even on the map yet. So I’m excited to see what’s still in store for the open heart and grateful eyes of the traveler to come.