Scared to go to Turkey

The walls were solid and strong, despite the detritus of old neglect in the corners, the spray painted confusion, and the sense of old cigarettes. And everywhere, the kind of shadows you’re supposed to stay away from, that instinctively make you walk as quietly as possible. Then a man appeared behind me in the gloom. Hours before, in a better-lit room a domestic flight away, another traveler had been alarmed when I said where I was going. 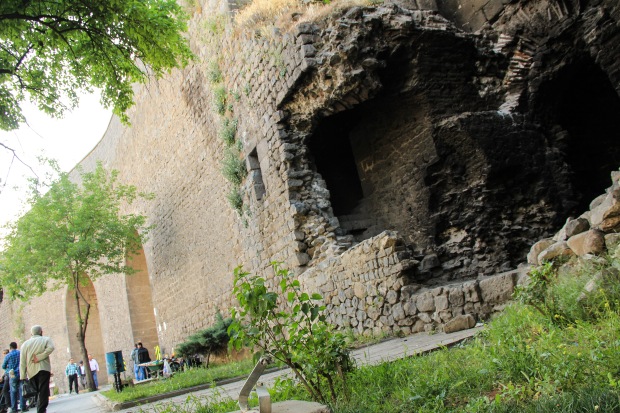 “Diyarbakir? You can’t go there, it’s not safe!” His shock bordered on outrage and the olives almost rolled right off his breakfast plate in protest. But a shiny Turkish bus took me to Antalya’s modern airport, we had fierce turbulence over Cappadocia, then I rode into Diyarbakir in a crowded and battered van with Syrian refugees from the war not far away. 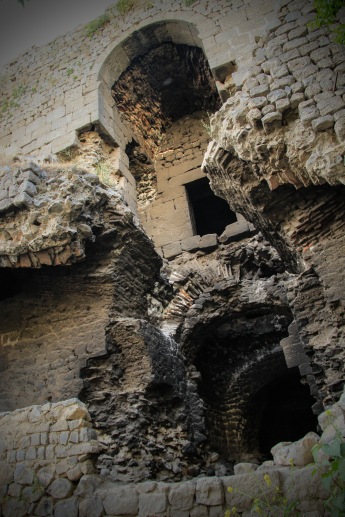 The hotel staff spoke a little English and taught me the Kurdish word for “Thank you” to replace my Turkish version. My weary bag dropped on the wearier bed and I went to explore Diyarbakir. A ring of fortified city walls from the Roman Empire were spinal to the city and I was snooping in their murky silence and burnt-out history when the man appeared. He walked closer.

I took a picture of something, nice and casual, blurry in the dimness, then put the camera away. I strolled vaguely in his direction, facing but adjacent, not looking at him directly but not looking away either. His burning eyes above the long beard were locked on me. His steps were steady, uncompromising, decisions already made. We got closer. Then he was right in front of me, blocking my path. I didn’t get the chance to speak, his voice came loud, first, before I was ready.

“Salaam aleikum! Welcome to Diyarbakir! What do you think of my city?”

I smiled at his question and he smiled at my honest reply. I already loved Diyarbakir. Kids had interrupted their soccer games in the narrow alleys to peer at me until the boldest ran over with an exuberant “Salaam aleikum!” In the open square parents relaxed on benches while older brothers taught younger how to ride bicycles with the same training wheels your kids used. And my best friends were the street food vendors who didn’t speak any language I did, but were friends even before the meat was ready for my lavash.

The guy in Antalya had been wrong. Wrong about Eastern Turkey and wrong to discourage me from going. The tragedy of fear is that it prevents its own cure. Like the sore throat that keeps you from getting the sleep you need to heal, being afraid of “Them” keeps you from finding out for yourself that They are just Us.

I am delighted that a group of my former tour members are headed to Turkey soon. This is a difficult moment for both countries, as morally deficient autocratics exploit fake “populism” to lessen our nations. But for either Turkey of the US to be associated with its current leader is a disservice to the magnificence of both populaces and cultures, and my tour members are going to go see that for themselves.

Someday I hope to return to Diyarbakir. The city has been ruthlessly abused by conflict since I was last there and seeing the damage will be painful, but I anticipate the same wonderful welcome as last time, the same human goodness my tour members will find in Istanbul, and that you will find on your next trip. Don’t stay home. Don’t stay in your comfort zone. Don’t believe the fear-mongering. Happy travels! 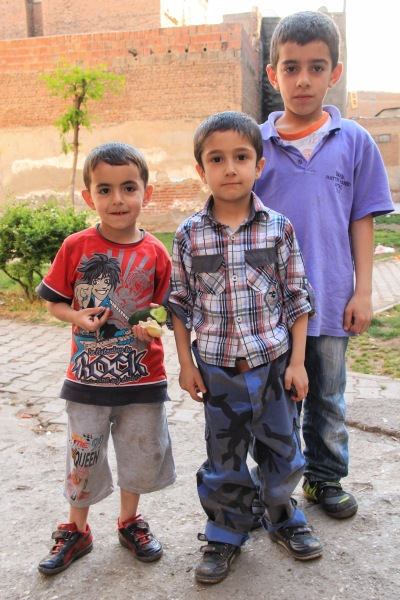 ← Time in the desert
I’ve been funding genocide →

6 thoughts on “Scared to go to Turkey”