The bones I found in Derbyshire

Waking up in the English countryside is always a good way to start the day. I lay on warm sheets and listened to the absence of bustle as our hamlet in the Peak District woke to another day of stone cottages, green hills, and would you like a cup of tea? Townhead Farmhouse B&B had five guest rooms and two tables for breakfast, so we’d signed up to eat at 8:00. Best black pudding I’ve had in years. The world might be coming apart in the headlines, but all felt right where we were.

Then a quick bus ride to Ashford-in-the-Water, because it’s England, where names that good range freely. The town’s promise of adorable amicability was fulfilled, and we were friends with the couple who ran the corner store even before they sold us sandwiches and chips. Sorry, sandwiches and crisps. I didn’t wonder how they’d voted on Brexit, I just hoped they’d have a good day.

We’d come for the Monsal Trail, a former railway line converted to an 8.5 mile hiking/cycling path that runs from Bakewell in the east, up behind Ashford in the Water, and west to Blackwell Mill. The trail was only a 15 minute walk from town, but we took twice that long because there’s no need to rush along winding country lanes and through swinging wooden gates to reach lush grassy fields where sheep and cows graze. When we reached the trail we ate our lunch on a stone wall built by King Arthur. (Or Chaucer? Hey, it’s England, such things are possible.)

It was a perfect day for a walk under quaking oak leaves, between hobbiton hills, and through the four chilly tunnels where water dripped off memory and stone while bicycles whirred and purred past. Every step was gorgeous. As we stopped at one of the former train stations to gawk at the beauty, I could tell my lady had something on her mind. “But it might sound a little too woo-woo,” she cautioned me. “Even though I haven’t lived here in decades, England just sort of feels like home to me. It just feels right, you know?” I knew.

As an unrepentant vagabond, the idea of Home has always been a bit nebulous to me. Obviously, Home was where one’s loved ones were, everything else was just houses. The closest I felt to a rightness in location was when traveling. This meant home was a place I could never point to, and could only inhabit so long as I’d just arrived. Much to my surprise, that day in the English countryside, I felt something different. 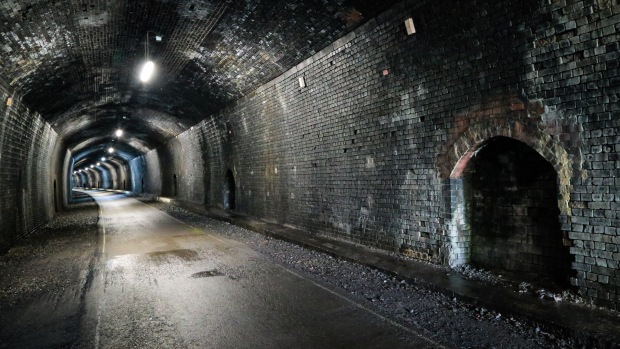 Deep below my feet, I could feel the bedrock, extending up through the soil and into my bones. It felt like an extension of me. I’ve never lived in England but all of the family I know anything about is from Derbyshire, back through the centuries. My grandma was a war bride and British culture suffused my childhood, English accents gathered around like siblings, but I’d never thought about it as more than a footnote detail. To feel connected to this place was unexpected.

Did that mean I wasn’t American? If only I knew what it means to be American right now. I watch my home country willfully destroying itself, and it all seems so alien. So incomprehensible. So much more foreign from my humanity than most of what I’ve seen in dozens of other countries. But then again, to me Brexit is a parallel face of the short-sighted emotional rejection of communal well-being. The same mistake of thinking you can screw over The Other without ruining yourself. I couldn’t see myself in that, in either place.

But deep lungfuls of English air felt like nourishment. The air was warm with the kind smiles of our B&B host, the instant friendship with our taxi driver in the Cotswolds (even though he blamed drug use on Polish immigrants), and that British sense of humor that destroys all pretension and reminds you not to take everything so seriously, even as it acknowledges that things matter. And I sent my mind back to the myriad kindred goodnesses I felt in the US, all of which shone only brighter for the darkness afflicting the nation.

Breathing deep and listening to my silence, I could feel the stone sense of English roots within me. I could also feel the dry soil of the California hills, the prickle of redwood duff, and the cold swirl of Pacific waves that shaped me. My bones come from England, and my body is built of California. Both places have their problems, both seem incomprehensible at times, and both are populated with goodness and beauty that will always matter, regardless of the distractions of the moment. The rest of the hike felt like a dance. 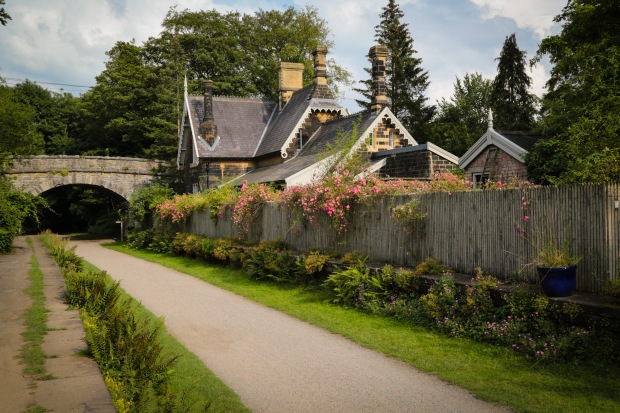 8 thoughts on “The bones I found in Derbyshire”