“We don’t sign contracts of any of that nonsense. Here, you give your word and shake hands. If you keep your side of the deal, no problem. If you don’t? Problem.” Saying this, the salty Colombian sailor made a shooting gesture with his hand, squinting the eye that wasn’t covered by an eye patch as he took casual aim.

Our passports weren’t ready, nothing to do but come back later, but the Cartagena heat was enough to melt the most ardent of itineraries, and what could be a better use of time than lolling around a crumbling yacht harbor, listening to an eye-patched old sailor anyway?

He was explaining that Colombia is a culture of honesty. “If we make a deal, and I cheat you? Que me jodes! If you cheat me…?” A shrug of the shoulders. Clearly there would be no other option than reliable-calliber justive if you cheat Captain One-Eye. 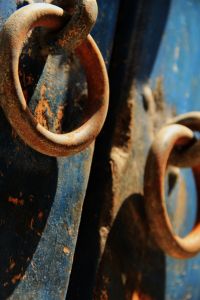 He went on to explain that this was the problem with Obama and the prostitutes.

“Obama and the whatnow?” I asked, having been completely out of touch for 5-to-50 days.

The scandal of Secret Service member contracting prostitutes in Cartagena had broken a week before my arrival in the city. In the US everyone was (pretending to be) shocked that Secret Service agents, single young testosteroney men pursuing a cinematastic career that is remakrably boring despite the constant possibility of death and/or clory, who suddenly find themselves in a place like Cartagena, would go dancing and come back with hookers. How astonishing!

In Colombia, on the other hand, no one cared a whit that they had gotten hookers. That was uninteresting. The scandal in Cartagena was that they hadn’t paid up as agreed. 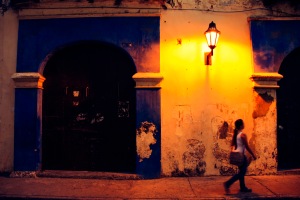 The story was that the agents had misunderstood the price, so when the time came to pay up, some of the agents reneged on their agreement. This was unacceptable to el Capitan. “You get a woman, you pay the woman. If you don’t understand what you agreed to? That is your problem, you agreed.”

He sat back in his seat, disappointed at the failure in etiquette. I felt embarrassed for my countrymen, and apologetic. “I’m sorry Captain One-Eye, sir. I’m sure next time they’ll be paradigms of moral virtue, and pay for their prostitutes like good, respectable men should.”

Did I mention you encounter other perspectives when you travel?

← Unfair advantages?
Bored women, guns, and the company that owns you; in Costa Rica. →