So, now that we’ve all assumed that I’m terribly biased and probably a man-hating, ball-busting, bra-burning, angry feminist – let’s see what the other side might look like. Because there’s always more than one side to a story. And I believe in busting right through stereotypes, when at all possible, don’t you?

Reasons why we should not take offense at the inclusion of one-handed bra-unhooking in Man Skills: 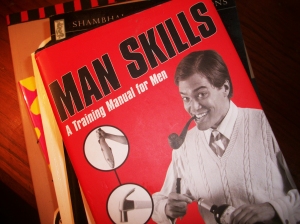 Man Skills. The creator is obviously using some pretty heavy sarcasm here. Further evidence for that is in the invite’s conclusion:

After we are done, we’ll drink some beers and talk about how awesome we are. Reserve your spot now or be left in the cold with the growing herd of unprepared men.

He’s poking fun at ‘traditional’ ideals of manhood and male bonding, while using those same concepts to sell a Meetup as a ‘class’ that’s really an excuse to socialize with other men. Do we need to get upset about something that is likely self-aware humor?

Would it be beneficial, in fact, for us to NOT get upset by these types of things? Are we adding to the divide between those who identify as feminists and non-feminists (many of whom are women! See: Katy Perry) when we pounce on relatively small things like this?

Bra-unhooking IS challenging for someone who isn’t fine-tuning their ability to manipulate the minuscule hook-and-eye set-up on a daily basis. Those things are fidgety; you can easily get one hook undone, then another, only to find that by the last hook, the first one has slipped back into its little eye again! Sneaky little buggers…

I know plenty of women who, despite years of bra-wrangling, have given up the fight entirely. They just put their bras on around their waist, with the hooks in front where they can be seen clearly, then do them up, turn them around, and: voilà! Bra on. Reverse the technique for removal.

And your average, straight male has pretty limited experience – only needing to unhook them when undressing a partner, which, let’s face it, is not the optimal time to be learning a finicky skill, or any skill for that matter. People tend to be somewhat…preoccupied in such moments, the blood literally going elsewhere.

Furthermore, how often does the act of undressing a partner happen? If you’re single, unless you’re Don Juan: not that often. And your average man is definitely not Don Juan. According to various US statistics, by the time he hits 45, the average male will have had 6 to 8 sexual partners.

All that to say: bra closures are pesky little things, and men have scant time and opportunities to figure them out under less-than-optimal learning conditions.

This class is aimed towards the guy who may feel…uncertain in his masculinity. Unskilled. In need of some self-assurance.

Being unable to get. the. damn. bra. off. can sometimes kill the mood, not to mention kill other, um, burgeoning things. Conceivably some men could also be concerned about triggering performance issues. They imagine a scene where foreplay has been halted by a struggle that may have involved inadvertently jabbing their partner’s back with tiny metal prongs; where the woman might deduce that he has no sexual skills, if he can’t even remove a bra.

If she’s still interested in continuing at that point, her expectations might be set to ‘ok, show me what you’ve got, because I have serious doubts’. No pressure there… 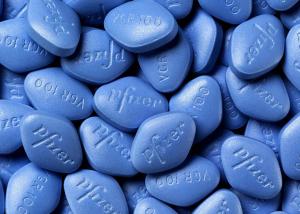 If you’re already a little shy, inexperienced, or just plain self-conscious, that could feel like a recipe for disaster. Anyone have Viagra on hand?

You could even argue that being able to remove a bra without a fight to the bra-hook death, is a man’s way of showing that he cares. “I’m capable. I can take care of you. I want this to be a pleasurable experience for you. I can show you a good time.” Is it what every guy is trying to say by learning that skill? No. But maybe some men are? Perhaps a good portion of them even?

Do you have any more reasons why this isn’t a sexist class/lesson? Or why it is?

One thought on “Guest blog: A Helping Hand”