Familiar pleasures of air travel: crying baby, neighbor with stanky feet, and person in the window seat with the bladder of a small woodland animal. On my way back from Seattle I was enjoying another: blowhard in the seat behind you. 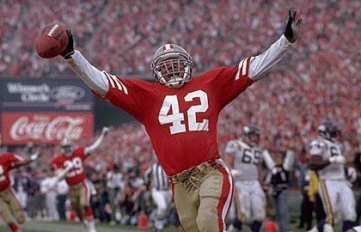 “Oh yeah, me and Ronnie Lott are good buddies. Yeah, Ronnie always comes over to my place to watch the games. Y’know, I used to take Ronnie fishing in the delta all the time…” As interesting as it was to hear that one of my favorite childhood football players is apparently a really nice guy, I cranked up my This American Life in an effort to escape.

What aspect of sound is it that transcends all barriers to dance right on your eardrum no matter what you do? Is it timbre? Pitch? Whatever it is, this guy had it, but at least he moved on from name-dropping.

Transcribing blowhard-speak hurts my fingers, so I’ll summarize: California Governor Jerry Brown is pushing hard to build two giant tunnels to augment the existing system that carries a buttload of water from the Sacramento River Delta to Southern California. California’s water problems are obvious, as is the fact that Southern California is a desert filled with 22 million people (twice the population of Greece), so I wasn’t surprised that the governor is focused on some response.

The fella behind me denounced a slew of environmental degradation, corporate influence, and violation of democracy, but those themes are the perfect blend of incredibly serious and tragically commonplace that make them kind of impossible to listen to. I turned up my podcast.

But this morning I saw a story about the tunnels, so looked into it over breakfast. I figure the future of my state can have the length of time it takes me to eat a bagel.

-Jerry Brown pushed hard for a similar plan in his first stint as governor, but it was defeated in a statewide referendum in 1982. Now he’s apparently going for it without the pesky interference of democracy.

-Despite Brown’s claims of environmental benefit (water currents for salmon navigation), I am skeptical that draining the delta and increasing its salinity will protect its fish, and the habitat restoration element has already been reduced by 90%, plus is a completely separate project now anyway, so I’m gonna call greenwashing bullshivers on that one.

So, taking water from the dark (dried blood) red to the lighter (still bleeding) red?

-Taking the water would mess up and contaminate the already devastated ecosystems and water supplies of everything downriver, including the East Bay where I live.

-The governor’s office estimates it would cost $15 billion. Holy crapcakes! Critics say that’s a low estimate for just construction, and the real cost to build, operate, and maintain would be more like 50 billion dollars. $50,000,000,000

-Taxpayers and water customers would pay most of it, though their bills have already been raised since drought measures have succeeded in reducing water usage substantially.

-The Water Districts (Kern County, Westlands, Metropolitan) that are pushing for the project already receive the majority of the water pumped down there, which is publicly subsidized for farming, but often sold for private profit. How is that legal?

A lot of info in there, but focus on the blue line of per capita water usage.

-LA uses less water today than it did 30 years ago, and the Metropolitan WD’s sales have already declined by 30% plus a number of their customer cities are planning on buying even less/none in the future, yet the WD wants these tunnels. Why?

-The Municipal Water District includes a number of water-intensive big agribusiness companies, growing the nation’s almonds, cotton, alfalfa, that sort of thing. But there’s another client batch that piqued my attention: 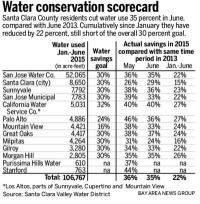 -Big Oil companies down there need billions of gallons of water for their intended fracking operations.

And here is where the blowhard’s story outcompeted Ira Glass. “I called (some reporter) at (news network) and told her all this. She was stoked! Really into it, said she’d look into it more and give me a call back. Days went by, then weeks, I sent her a couple emails asking ‘What’s up?’ but she wouldn’t get back to me. Finally after, like, three weeks, she calls me back and says ‘I can’t report this story. We’re talking about Halliburton, Chevron, those guys. Big money. These people own my network. I can’t report it. I’m sorry.’ They don’t want this water for people, man, the people are already using less and there are better sources. They need this water for fracking. That’s what it’s all about.”

I was up in Sonora with my lady awhile back and took this. The water used to be up by the bridge, now a crashed car down below was hard to see. It’s further than it looks.

A name-dropping blowhard on a plane is easy to ignore, but what if some of what he says checks out? Plus, as far as I can tell, Ronnie Lott really is a great guy.

7 thoughts on “A California Conspiracy?”