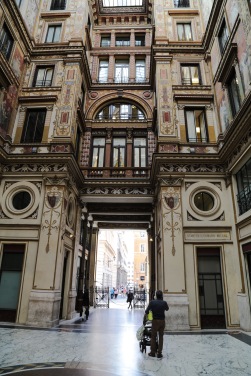 That’s Athens out there in the haze. Spread outside my room like too much hot peanut butter, chunky with concrete and creamy with Mediterraneanity. In my camera it’s Italy on the rare moments when I had the leisure to photograph, and in my pockets it’s Paris, a metro ticket, receipt for coffee, l’addition si vous plait.

But somewhere, on this 4th of July, it’s America out there. Maybe everywhere. We’re all living in Amerika, sang a German band to my tour members while we waited in a Swiss traffic jam behind a Ford truck. Kool and the Gang came next and everything made sense anyway. 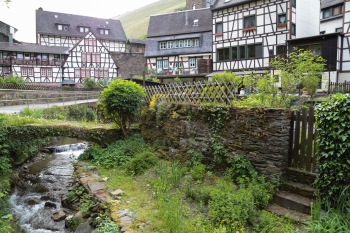 I wonder why they call it “Painter’s Corner”? Bacharach, Germany

And what better place to be, for me you see, on the 4th of July than the birthplace of democracy? That least-worst approach that we’ve so publicly endorsed. Because from here, in the fugue and fog of travel and border crossing, where I wake at night not knowing where I am (but downright positive that I didn’t tell the group when dinner starts), from here I can see what being American is to me today.

Being American means I can do this job, helping my brothers and sisters of privilege come to see the places where our culture came from, and learn that the divides that separate us are either fictitious or delicious, and in neither case important. 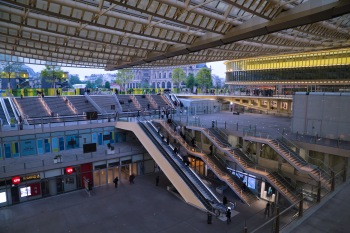 Paris, where even the shopping malls look good. Les Halles.

With my American passport I can move around nearly freely, taking advantage of the modern age of peace and gadgetry, perhaps before the Fall or maybe on the cusp of Transcendence, either way it’s a damn fine stage at the moment.

My citizenship can be a looming shadow behind me. Protection in many places, a liability in a few, and a cause for concern in most, where they like us so much they try valiantly to conceal how much damage this election cycle has already done to a country that was working so hard to regain the world’s respect. (And in that flux, from intelligent leader for the past 8 years to the possibility of lunatic demagogue, I fear we run fault lines through the future either way.)

Why would there not be a door in a Venetian alley

It means I can talk like this, say plainly that Donald Trump is a profound threat to the future of my nation, and add that I think Brexit was a huge mistake, whose price the English will pay worst, but which all of us will share a little. (And I have to wonder if Athens was a more somber city after the results came in.)

And it gives me a perspective, from where I can look at Brexit as England rejected the taxation and foreign governance through the ballot, on the day that commemorates the time when my country did the same, with musketballs and dead humans. Progress!

And finally, my homeland gave me its culture, so much of which I choose to keep, even if it doesn’t always fit in. Because if Parisians think I’m touched in the head for smiling as I walk down the street, that’s fine with me. I’m going to do it anyway.

Looking out over Rome

Because they smile back.

So I’m smiling at you today, America, over there visible through the haze. Maybe I’ll see you again sometime.