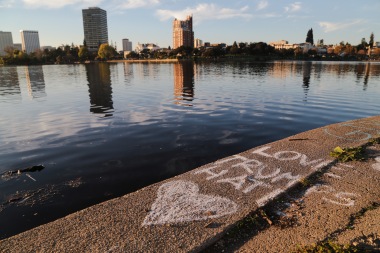 2016. Whew. What to say about this year? A year of plotlines that would have made dubious fiction, played out in the newspapers instead. I tried to make a concise list of the most egregious stories but google ran out of memory. And it was downright depressing. Made me want to find Merrick Garland and go get drunk down by the pier together.

So just the most salient point: 2016 is the year democracy failed. The British voted against their own best interests. Colombians rejected peace in the world’s longest running civil war (if you don’t count the murderous chaos in Myanmar). And then, inevitably, Trump.

But I don’t want to focus on that right now. That would be like the man with whom I went to Cuba who could only talk about the toilet seats. (Or maybe what goes through them would be a better metaphor?) 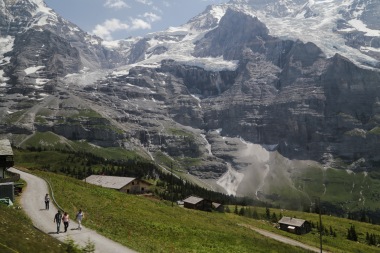 Watching the cows come home in Switzerland did me good.

Personally, 2016 was (of course) a mixed bag. I lost the relationship I thought would last the rest of my life. But how wonderful to have had that love! And I have hope that some form of it will continue into the future. Pesky future, being all unknowable.

Professionally, I expanded into a job I feel inexpressibly lucky to have. I had truly incredible groups this year. Let’s be honest, Rick Steves groups are always great, we just draw from good people, who travel for the right reasons and in the right way, but this year was above even our high bar.

Perhaps when the news is preaching fear, those who come into the world anyway are the cream of the crop. People who know that staying home is exactly the wrong response to terrorism. Who refuse to be terrorized. (Or at least who know there is extremely little actual danger involved. Terrorism is still less dangerous than driving to work.) I am grateful for my company, and for the people who travel with us. Best of the best, they are. And I am grateful for the incredible people at the International Rescue Committee, both the staff and my students. Again I am privileged to meet the best. I wish my students’ confidentiality wasn’t an issue, because their stories and characters would benefit the nation to hear. They’re an antidote to Trumpism.

And finally travel, one of the great joys of my life, was good this year. On a Balkan ramble I enjoyed Bulgaria, was happily surprised by Macedonia, and felt love in Greece. Then this last trip, to Vietnam, where I felt a perspective that might make 2017 a more loving place within me. The articulation is still burbling in my subconscious, but for now I can focus on one truth. 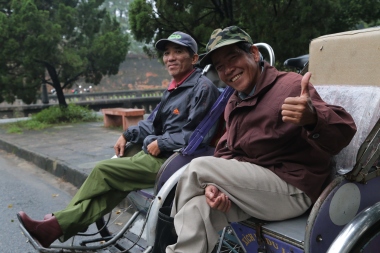 Vietnam has forgiven a war. That tells me something about the human spirit.

Humans are good. We really are. We are a good species. Too good for our own sake, maybe, since it’s mostly our worst individuals who yearn for power. Anyone who wants to be in control…is exactly who shouldn’t be allowed to.

That makes for troublesome headlines, but a deeply reassuring foundation. I don’t know exactly how many countries I’ve visited or people I’ve met, but I can happily tell you that in every single one of them I met wonderful people. Almost exclusively. People I would live next to, eat with, and have in my life.

Every country, and every year. 2016 was a beast. No doubt about it. But it had such goodness in there! And 2017 will have that beauty too. Happy new year, my friends!

← Things got a bit Biblical in Hoi An, Viet Nam
Why you should go to Istanbul →