The Dutch woman in Macedonia who helps me with Trump

The Dutch lady was barely paying attention to our conversation. “It’s Bitola, not Bitola” she said, putting the stress on the first syllable instead of the second. BEET-ola. Grateful for the correction, I couldn’t fault her for her distraction. Greek bus stations are a lot to process, even without your 15 year old son getting on a bus to Macedonia by himself (previous post about him here). But eventually even the peregrinations and perturbations of buses grow dull, so we talked about her family’s relocation to Macedonia. 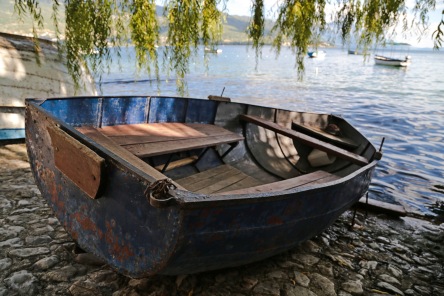 Waiting for a captain on Lake Ohrid, Macedonia

“We’ve lived there a little over a year now, it’s a remarkable place. We like the people, though they’re a little hard to get to know at first.” I took that with a grain of salt. After all, she was Dutch, perennial co-champions with the Canadians for World’s Friendliest People. “But it’s funny, they don’t know how good they have it.”

She trailed off, watching her son wander in search of a WC. But you can’t just say something that interesting and stop! “What do you mean?” I prompted. 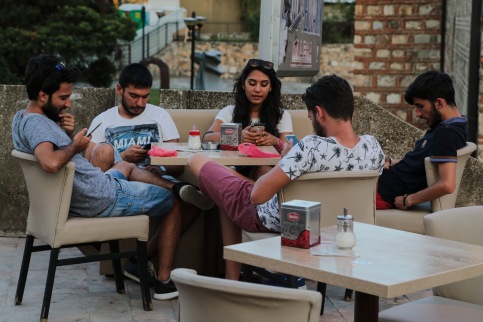 Macedonians haven’t figured out a cure for this either

“Well, sure the economy is shit, which they all complain about, but it just means they don’t work very long hours. So they have a lot of time to spend with family and friends, eating on the street and singing and things. The wages are enough, or not quite enough, same as everywhere. They just earn their Not-Enough faster than everyone else.”

I remembered my Macedonian colleague back in my immigrant-job days in a Belgian call center. “A lot of Macedonians go west into Europe for work though, right?”

“Oh yes, many of them do. They almost all want to. We’ve already lost some great neighbors. I’m constantly wondering that they don’t write back and tell their family to stay. Tell them that when they move, they’ll just work more and relax less. The country is beautiful! And safe. They should stay, appreciate what they have, savor the food, be grateful for their loved ones! Relax and enjoy life every day, as they have it!” 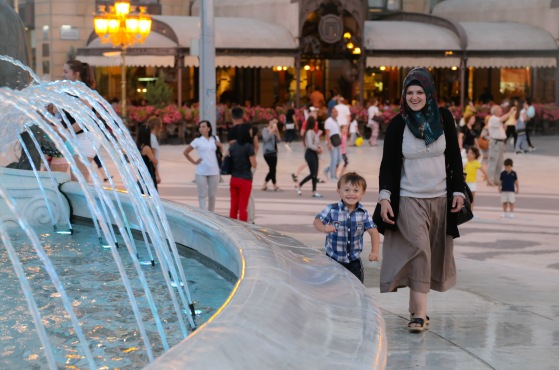 That made sense to me then and it makes sense to me now. Here I sit, ignoring the scrolling list of Trump’s latest outrages, feeling like It’s All Over but the burning…

But then that Dutch mother’s voice comes back. Appreciate…be grateful…relax and enjoy. Yes TrumpCo is a disaster. We know that. And we know that we’ll do whatever we can to oppose his horrors, every step of the way. The worst harm will come to the most vulnerable, and that is fundamentally not okay, is soul crushing for those who care, but one can care…and not be dragged under. We can still smile. We can enjoy the food. We can appreciate what we have.

Thank you, Dutch mother. You’re helping me with a problem we never would have believed, those six months ago.

← Gratitude, sadness, and mom
We are not at war. But if we’re lucky and smart, Trump might be just as good as. →