How do we talk about this?

The woman had clearly had enough. She scanned our groceries with aggressive speed, and manifested stunning levels of boredom, irritation, and scorn when it came time to pronounce our total. In the parlance of our day, Miss Grocery Cashier had no f***s left to give.

My lady and I buttered her up with banter about her skill and speed, and were rewarded with the sort of limp smile that says “Okay fine, I still wouldn’t throw you a life saver but I won’t actively try to drown you now.”

But in the flick of time between her default irritation and our amiable ingratiation, my mind chirped up a comment it’s had so many times before while watching people move about their jobs. “She needs a vacation.” 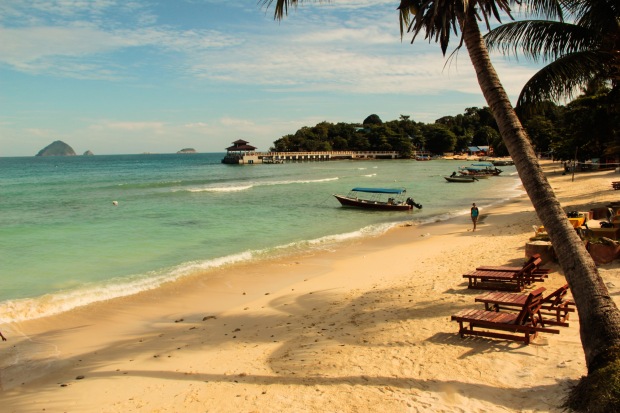 Once safely outside the store I commented that two weeks on a Thai beach would do wonders for her forehead clench, and my lady reminded me of the obvious. “A grocery cashier’s salary probably doesn’t buy a whole lot of tickets to Thailand. And who knows how much time off she even gets in the first place?”

Her reminder of the incredible privilege of being able to choose how/where I spend (relatively) a lot of my time, much less the chance to spend much of it overseas, landed solidly. It took me back a week to a taqueria moment in downtown Oakland a week ago.

An English friend whose boyfriend recently moved to Amsterdam was asking about Dutch towns and European weekend trips. A former marine, ex-student-abroad, and I were giving our two cents each. A guy walking past stopped, turned, and said something too fast to quite catch, but whose jist was “F*** you privileged traveling white people.”

And he’s right. In the country with the shortest vacations in the western world, having free time is a privilege. And beyond that is the thick sad awareness that having the resources to travel is another whole layer of privilege. (Granted it’s available to more people than like to admit it, but even they are in a certain echelon.)

Even a foggy morning on Ko Phi Phi ain’t nothing to complain about.

Improving both those problems, the shortage of time and disparity of income, are profoundly obvious and crucial goals for our society. But in the meantime…how the hell do we talk about it?

If I’d said to that cashier “You’d feel better after a week on a Thai beach” it would not have done her any favors. (Beyond the exercise of leaping over the conveyor belt of apples and eggs to throttle me right there on the spot.) So, again, still, the question: how do I spread my privilege, and how do I talk about it in the meantime?

← Trump is exactly what America needs
Would you rather…feel good? →

7 thoughts on “How do we talk about this?”