Ah, the particular questions of traveling. “What should I wear tomorrow?” is rarely worth asking, even less right now so since I’ll spend the whole day in a chair. This won’t be that bad, considering tomorrow will only be a few hours long.

Flight 17 will depart San Francisco half an hour after midnight, then 13 hours and 50 minutes later it will land in Taipei…a day later. Figure the date line is somewhere in the middle there, and it’s about a 7 hour day. 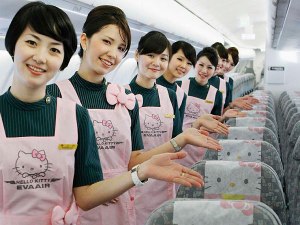 Of greater import is the question “Will I go insane from 13h 50m on a Hello Kitty themed airplane?” We shall see.

Three hours of Hello Kitty PTSD in the Taipei airport, then three and a half hours to Phnom Penh, where the GMO day will already be half over. I can’t imagine I’ll have much in my head except an anime-adorable scream, so I booked the first night’s hotel ahead of time. Thus the next travel question:

A room here for tonight is going for $30

Given: super luxury hotels in Phnom Penh are about $40 a night. (The skankiest rooms in the SF Bay Area are more than twice that.)

But: these businesses are uniformly international, ie not-particularly-Cambodian. They don’t feel like Cambodia, and the money doesn’t stay in the country. 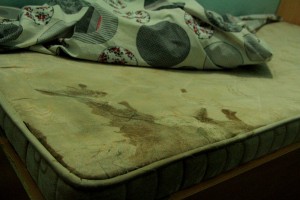 My room in Hasankeyf, Turkey

So: Where do we stay? A fancy-pants place with a rooftop pool, devoid of filth, bugs, mold, personality, and character? Or wait and find a dingy little backstreet flophouse with cockroaches, suspicious stains, in-country owners, and plenty of authentic “character”? Do we sleep in comfy colonial elitism, or honest nastiness? We want to feel like we’re actually in Cambodia, but we also want to sleep without fear of cockroaches nibbling our fingernails.

Or I suppose there could be a third option.