I noticed it in Nicaragua. After the long cold Northern European winter I was on the road again, no apartment to return to but a ripe teaching job five months down the Latin American road, so the world was my ostra.

Just to be clear, I love(d) Nicaragua. I do not miss traveling during that presidency though.

Post red-eye delirium and euphoria in my blood, I circumvented the clusterfuck of cabbies (the technical term for the species), jumped in a weary informal taxi across the road and pulled closed the door. It didn’t actually latch, but no matter, I could hold it closed as we battled our way through the traffic melee of Managua. The humid air tasted like it looked, a brown smear of exhaust, dust, and decay, and I was ecstatic. I never though those three flavors could taste like freedom, sucked into my lungs and held in carcinogenic bliss. 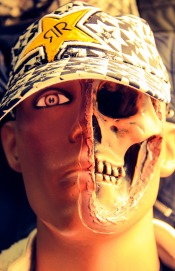 But when a shared minivan dropped me off in Leon a few hours later, I got lost right away, and felt only anger. Damnit, how did I misread the map? And the dorm was empty of the kindred spirits I hoped to meet, so I ate tacos alone, wondering when the fun would start. And why they were playing The Backstreet Boys. And when I finally found a postcard, the lady behind the counter told me there was no post office in town, but the hostel staff pointed me to the one around the corner from where she’d lied to me. Was I not welcome here, lonely and awkward and fearing I’d forgotten how to travel?

That wasn’t it. It was just a case of FDS.

You’re going traveling! Think of all the legends you’re about to live, stories that will shine for years in an exotic haze of friendship, exploration, and exhilaration. The people you’ll meet, the food you’ll eat, the sights you’ll…I dunno…greet. It’s going to be so amazing!

Okay, so no one loves a snatch thief.

You’re here! Every calendar square of waiting was an interminable eternity, and linguistic redundancy be damned! Because now you’re here, checking into a hotel that’s…it’s okay. No, really, it’s fine. Nice even. Sure. You don’t mind the smell on the sheets or the breath of pipe funk that steams up out of the drain, and not every room can have a nice view. Look how overloaded that electrical pole is. Total fire hazard. How exotic! You’re intrepid! Let’s go eat! 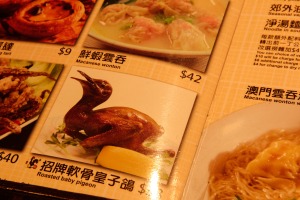 Okay not everything on the menu was like back home. Who’s hungry for pigeon!

Oh. Wow. That actually wasn’t as good as the version of it you get back home. Huh. But no, it was good. Interesting even. As long as it doesn’t make you sick. Now, the people! Let’s go meet!

Okay, that one guy was just a douchebag. And sure, lots of these guys just want to take advantage of you, and seem rather unscrupulous, and you feel like a walking ATM. But that’s natural. This is fun. You think. Sorta. You fight it, but there’s just something missing. It’s just not what you had in mind. Maybe it’s jetlag? 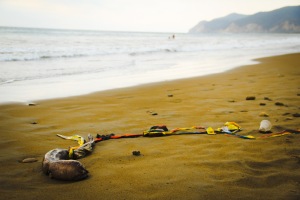 Beautiful beaches! And the pollution that’s killing them.

It’s not jetlag. You have FDS. First Destination Syndrome.

Side effects may include disappointment, unexpected boredom, and persistent self-questioning “What the hell am I doing here?”

But I have good news. You’re not alone. And it will pass. And even better: there’s a Second Destination Syndrome.