The Venetians built a church specially-designed for Vivaldi. A pair of 14 year old twins can increase my hope for the future. And the reason cows wear bells is because their horns don’t work. Three of the many things I learned during this year of guiding tours of Europe for Rick Steves.

Not Vivaldi’s church. This one’s in Paris. I just dig it.

When I look back at the year I feel an overarching gratitude and admiration for the people I got to meet and share a trip with. The feeling glows and warms. And then snags. Because this year had something else too. For the first time in my (admittedly less-than-ancient) guide career, I had a tour member who…I don’t even know how to say it. I would not want them on another of my tours.

Rick Steves offers a tour experience far above the sort of shambling boredom I see on other buses and in clusters of clueless curmudgeons blocking the sidewalks and galleries of Europe. Largely, we just draw a fantastic clientele (thank you, PBS!) but part of the magic is our “No Grumps Policy.” The logic of it always made sense to me; negativity is contagious, and if someone’s not happy, they don’t need to be there bringing everyone else down.

In the Roman Forum you can focus on the sun, or that you’re standing in history. Your choice.

But it wasn’t until this year that I witnessed how subtle it can be. No overt tirades, nothing tangible enough to justify removal from the group, but as time went by nothing was ever good enough or worth appreciating, and I never once saw a smile. Several local guides recognized it immediately, but I just chalked it up to botox. But when the evaluations came in, I realized it was much worse than that. People who I know had a fantastic time were complaining about the size of the showers etc. It feels clear to me that if this person hadn’t been in there radiating negativity, those people would have brought home another positive memory instead of gripes about shower stalls.

Sure the view, whatever. Ugh, do there have to be so many people?

Negative energy is problematically powerful. I sat with the person for one meal and was considering quitting my job by the time dessert came. At the very least, I was ready to sign off the tour as a loss.

Then something happened. Perhaps inevitable and undoubtedly wonderful. I talked to other tour members. And was restored. I remember one lady in particular that night, enjoying the unexpected fireworks display the town put on, taking unmitigated pleasure in the light and sound and moment shared with the small beach community. The words are forgotten but I remember the healing power in hearing how much fun she was having, what the tour meant to her, and how grateful she was to be on it. I walked away from that chat ready to sign up for 100 tours on the spot. 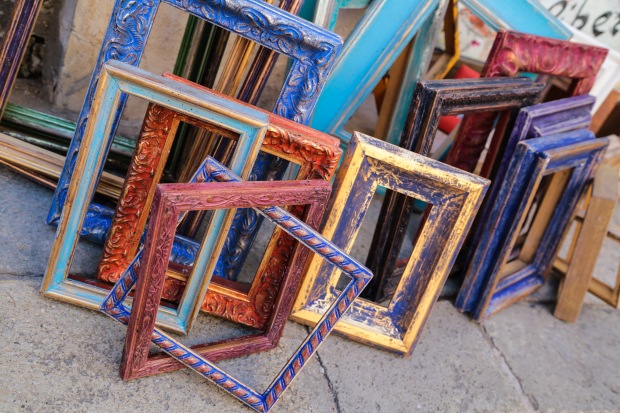 It’s all about how you….frame it.

Her positivity is reflected in the hundreds of tour members I’ve had, with just the one who bummed me out. That’s magnificent. And beyond that, it’s important. Because in a moment where the worst of us is degrading the Oval Office and contaminating the headlines, it’s good to remember that the vast majority of us are beautiful people. I can expand out to all the innumerable niches of Europe, rock climbing walls of San Francisco, classrooms of the IRC, streets of New Delhi and prayer-soaked hallways of Dharamshala, I can expand to embrace all the environments and moments I found this year and in the cast of thousands I see an incredible panoply of human goodness.

So, though the grumps are out there, the lovers and delighters outnumber them by a degree of magnitude that gives me hope. And I didn’t even tell you about the twins. Humanity is beautiful. And I can’t wait to go back to work.

I think that guy’s going to need his own post….

8 thoughts on “The Grumps don’t win”