The minds behind The Hangover II were clever. I don’t necessarily mean that in terms of content, since one could debate whether unknowing/drunken sex with a transgender* prostitute is a manifestation of the transitory Zeitgeist of our age, or just a cheap giggle. 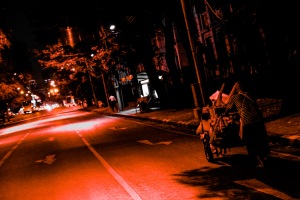 *I apologize if this is not the currently approved phrasing, and to my mother’s friends, who perhaps didn’t expect to read sentences like that when they clicked on this seemingly innocuous title.

But they were definitely clever when they chose Bangkok as their second setting. After all, what trumps Las Vegas for ostentatious depravity, besides Bangkok?

Did you know Bangkok was the World’s Most Visited City on Earth last year? (Don’t worry, that’s the only actual information I will foist on you.) 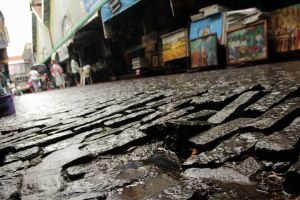 Art for sale on the street in Yangon, Myanmar

Coming from Yangon, Bangkok seemed like a cold bucket of modernity to the face. Yangon was moldering building façades, communal tea cups waiting in shallow dishes of water, and people with nowhere in particular to walk, while Bangkok was sky trains, giant neon signs, and an entire mall dedicated to computers.

The name Khao San Road has echoed through the stories of travelers for decades, and I was curious to see this famous festival of traveler degeneracy and extravagance. I checked into a hotel, ate soup, and walked down.

Not sure what to expect, I was still surprised to find…nothing. Nothing new at least. Aggressive hawkers selling T-shirts, overpriced restaurants serving Western food, and shady guys on the edges offering more illicit entertainment. None of this was new. There was just more of it than usual, and younger tourists than I’m used to seeing. 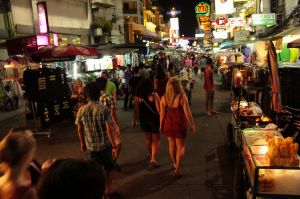 A woman wheeled a cart past me loaded with fried arthropods and annelids, that is, scorpions and worms. Yes, both of those are pretty gnarly to eat, but in that setting? Crunching down on a roasted locust seemed….kitschy.

But there is far more to Bangkok than Khao San Road. And it’s not far away.

A few minutes’ walk and I was in another crowd, this time with few white faces, the same shirts for half the price, and foods admittedly less unusual but far more interesting by virtue of actually being what people in Thailand eat. 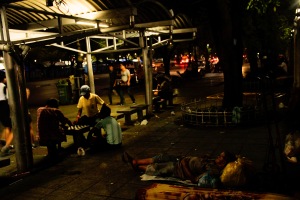 After a bowl of soup, no bugs required, I ambled past vendors headed home, fans resting for tomorrow’s heat, and men playing checkers on well worn chess boards.

By the time I got home, Bangkok and I were getting along just fine.

← My favorite menu
Care for a cup of snake-infested tea? →